Under the Wire Random Photo

Below we have a couple of random photos from my last trip to NARA II. The first is Langley and some battleships near Puerto Rico in March of 1926. This is a great view of the between-wars battle fleet - the Big Five plus the dawn of American Naval airpower. 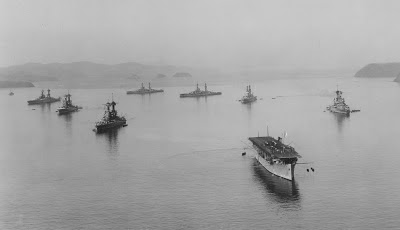 Next is a reminder that even great navies and good ships lose, DE-143 USS Fiske sinking after her back was broken by a torpedo from U-804 on August 2nd, 1944. 33 sailors were lost, and U-804 was herself later lost with all hands. 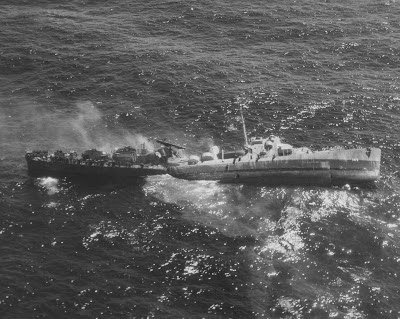