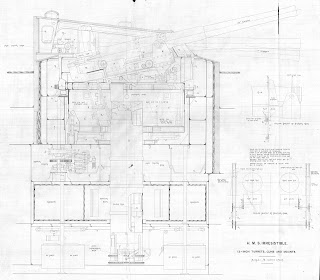 History exists because of the people who experience it and the methods we use to spread the story beyond them. Once they are gone, history exists only as a collection of words collected in an imperfect and vulnerable medium. Once these are gone, history is lost to time and it is as if it never happened at all. So here this is, in a digital and virtual medium. How long before this is lost to time?
Posted by Tracy White at 11:57 PM No comments:

Original Size
Posted by Tracy White at 9:11 PM No comments:

With my last post in mind, and to return things back to a more historical focus, I present a photograph I scanned in at NARA II of either DD-237 McFarland or DD-337 Zane blowing smoke in 1932: 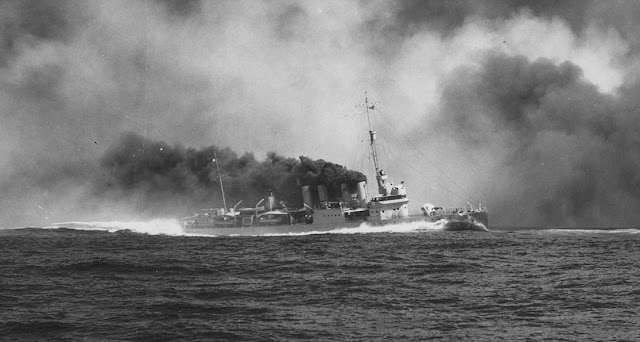 (Click for full view)
Posted by Tracy White at 10:49 PM No comments:

Let's see what this does.

Being of Scottish decent (and a few others), I partook of the Scottish Highland Games this weekend near Seattle. I recorded the opening "Mass Pipe and Drums" ceremony, which featured the songs Bonnie Dundee and Scotland the Brave. RIght after uploading the video to Youtube, I received an automated email from Youtube stating, "Your video "PNW Scottish Highland Games Mass Pipes & Drums", may have content that is owned or licensed by AdRev Publishing, but it’s still available on YouTube! In some cases, ads may appear next to it. If this is your performance of a 3rd party song then you can still make money from this video. Click here to change your monetization settings." I'm not interested in SHARING revenue, I don't want any revenue at all, nor do I want a company to get ad revenue from a video I shot without good reason. I did some research and the claim was filed as "AdRev Publishing" owns the copyright on an album published in 2001 that features a song that contains part of Bonnie Dundee in the opening. A bogus claim - the song dates back to the 1600s. But, in our modern faster-than-light world, some algorithm recognized the refrain and decided that a company centuries younger than the song had claim to it. So, I filed a dispute, but I note that disputes are submitted to the copyright holder and a fraudulent dispute may result in the termination of my YouTube account. 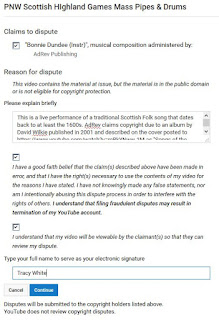 I have filed a dispute and also sent them a message via their site: 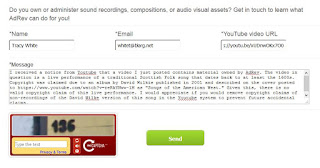 I presume that they won't reject the dispute and have me banned, but I guess we'll see what happens.
Posted by Tracy White at 10:42 PM No comments:

The changing value of photos

As I process photos from my last trip to NARA II, I reflect about what we in the current times value versus what the sailors of the ships I study would have valued. 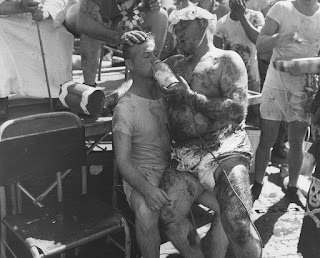 Above is a Neptune party on CVE-84 Shamrock Bay in December of 1944. The Royal Baby shares his milk with a polliwog during initiation. The only structure of the ship visible is a short section of planking and tie-down strips. This is the sort of photo sailors of the ship would love, to bring back memories of the party itself, maybe see a couple of familiar faces back when they were younger. Today we mainly look for photos of the ships themselves to discern details or because we find the ships themselves fascinating. I like to scan in both. A ship is nothing without her crew, and it humanizes the ship, I feel, to have photos of the sailors that brought her to life. But it's not what most authors want these days.
Posted by Tracy White at 10:07 PM 1 comment:

I love this quote

"The amount of energy necessary to refute bullshit is an order of magnitude bigger than to produce it." Originally seen here, but attributed to Alberto Brandolini.
Posted by Tracy White at 10:36 PM 1 comment: