A couple of photos I stumbled across during my last trip to NARA II in 80-G; Dunkeswell Aerodrome, October, 1944. This was originally meant as a fighter base, but with the stopping of Germany's aerial assault, it was turned over to the Royal Navy and Royal Navy for use in patrolling for u-boats.

The first shot is of a couple of Royal Navy SeaFires (I presume) in front of a temporary hangar. 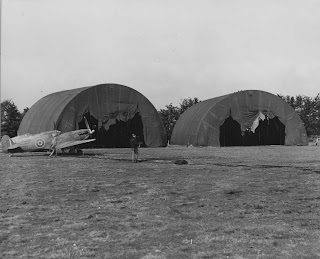 A crop-in of the planes: 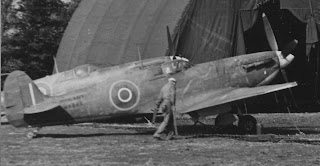 The second shot is of a supply hangar under construction, with several smaller, camouflaged buildings nearby. This shot is looking east-southeast, towards the Dunkeswell Methodist church (in the upper right), which still exists. 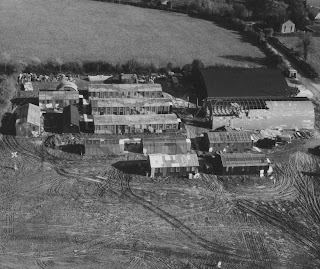 Posted by Tracy White at 9:54 PM No comments: